Does Eugene Volokh agree with Bill Schmalfeldt’s interpretation of U. S. v. Cassidy? Well, it’s certainly true that Prof. Volokh agrees that writing about someone on the Internet is protected speech. But how about writing to someone? I’ll let the good professor speak for himself. Here’s what he had to say when writing about the patently unconstitutional peace order Brett Kimberlin secured against Aaron Walker last year, an order that forbade Mr. Walker from writing about Kimberlin—

The old narrow restrictions might well be constitutional (see, e.g., Rowan v. U.S. Post Office Department), but precisely because they deal with essentially one-to-one speech — restricting such unwanted speech to an unwilling listener leaves the speaker free to keep talking to other, potentially willing listeners.

Of course, it is just that sort of one-to-one speech that the Cabin Boy engaged in after being asked to stop which violated Maryland’s harassment law. Prof. Volokh also notes that

[p]erhaps a specific statute that bars the deliberate sending of one-to-one messages to a person who has asked that the messages stop, or who would otherwise clearly be substantially distressed by the messages, might be constitutional.

So it looks as if Prof. Volokh might agree that old-fashioned harassment statutes apply to behavior on the Internet just as they do in the real world. Perhaps the Cabin Boy should ask Eugene Volokh to file an amicus brief.

Bill Schmalfeldt has a post called Hoge Seems to Misunderstand the Purpose of an Appeal over on his teamschmalfeldt dot com blog. He writes concerning the Maryland Legislature and the state’s misuse of electronic communication statute,

They toughened the law in regard to minors.  But left intact the prohibition on Twitter as a source of harassment.

OK, Gentle Reader, here’s the text of the relevant portion of that law—

§ 3-805. Misuse of electronic communication or interactive computer service.
(a) Definitions. —
(1) In this section the following words have the meanings indicated.
(2) “Electronic communication” means the transmission of information, data, or a communication by the use of a computer or any other electronic means that is sent to a person and that is received by the person.
(3) “Interactive computer service” means an information service, system, or access software provider that provides or enables computer access by multiple users to a computer server, including a system that provides access to the Internet and cellular phones.
(b) Prohibited. —
(1) A person may not maliciously engage in a course of conduct, through the use of electronic communication, that alarms or seriously annoys another:
(i) with the intent to harass, alarm, or annoy the other;
(ii) after receiving a reasonable warning or request to stop by or on behalf of the other; and
(iii) without a legal purpose.
(2) A person may not use an interactive computer service to maliciously engage in a course of conduct that inflicts serious emotional distress on a minor or places a minor in reasonable fear of death or serious bodily injury with the intent:
(i) to kill, injure, harass, or cause serious emotional distress to the minor; or
(ii) to place the minor in reasonable fear of death or serious bodily injury.

Section (b)(2) is the part recently added by the Legislature for additional protection of minors. There is nothing in the statute that exempts Twitter or other social media from being covered by the law. It’s just not there. Indeed, the 2012 revision of the earlier 2002 version was enacted by a unanimous vote of both houses of the Legislature in order to specifically include messages sent via social media by changing what was covered from “email” to “electronic communication.” Items that are not sent to and received by a person (eg., simply tweeted with no @mention or @reply) aren’t covered by § 3-805 and are not subject to it’s stiffer penalty, but may still be covered by the general harassment statute (§ 3-803).

§ 3-805 is irrelevant to Hoge v. Schmalfeldt. It never was at issue in the case. Only § 3-803 is. Thus, the Cabin Boy is arguing about something that is a non-issue and is getting his argument wrong as well.

He also has a bizarre idea that the U. S. v. Cassidy [814 F.Supp.2d 574 (2011)] case declares that it is impossible to harass someone via Twitter. That isn’t what the case says. It finds that a particular federal statute was unconstitutionally applied in the particular set of circumstances of a particular case. It does not hold that the federal law in question is unconstitutional but that is was wrongly applied. Furthermore, the decision does not address harassment per se, and harassment has never been held to be a protected form of speech.

Neither state law nor federal law nor the First Amendment provide a safe harbor for harassment on Twitter.

As the Gentle Reader can see in the tweet above, Sore Loserman Bill Schmalfeldt has been posting his complaints about a “bowtie [sic] wearing” conservative judge who ruled against him. Judge Thomas F. Stansfield of the Circuit Court of Maryland for Carroll County does often wear bow ties.

Here we have another example of Schmalfeldt’s careful, in-depth research. 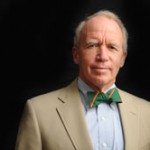 Of course, it is not only conservative jurists who wear bow ties. For example, here is the Supreme Court’s official photo portrait of Justice John Paul Stevens. 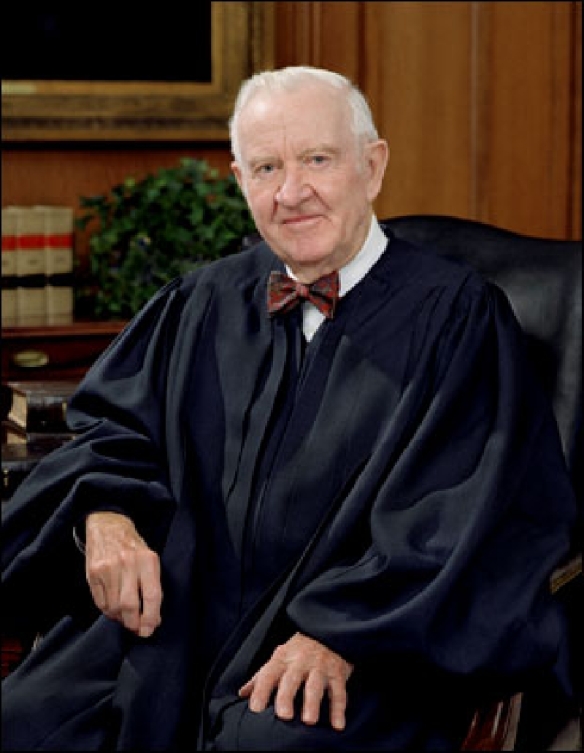 I can’t understand how Schmalfeldt thinks his strategy of attempting to try his various motions and his appeal on the Internet is supposed to work. For example, I’d never let anything like the following Twitter exchange see the light of day if I wanted to stay on the good side of the judge deciding my case.

Zoa Barnes is my lawyer.

I also wouldn’t have posted anything like this on a blog:

Hoge’s lawyer mopped the floor with us. The Circuit Court Judge sat, making “smoochy-eyes” at Zoa as she YELLED at me like a 3rd Grade Teacher to an errant student. Oh, my lawyer tried to get the judge to hear about how US v. Cassidy had a direct impact, but (and I hope I’m recalling this correctly), Zoa objected to Cassidy as irrelevant and the Judge sustained. So using the LAW as it applied in our case was out the door.

BTW, my recollection of the trial as refreshed by the audio transcript is that Ms. Barnes never raised her voice to Schmalfeldt and that she did not object to the Cabin Boy’s lawyer bringing up Cassidy. Indeed, she expected it to be raised and, when Schmalfeldt’s lawyer didn’t have a copy of the case for the court, she provided one for Judge Stansfield along with a clear explanation of why Cassidy had no application in Hoge v. Schmalfeldt. Judge Stansfield agreed.

It really seems that Schmalfeldt is making it up as he goes along and hoping someone important will believe his story. That won’t cut it when confronted in court by rules of evidence and the court’s procedural rules.

UPDATE—I agree with The Doctor in the Comments—bow ties are cool. 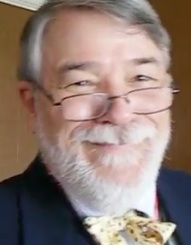