The Babylon Bee was in top form yesterday. First, it zinged the Collusion Truthers. 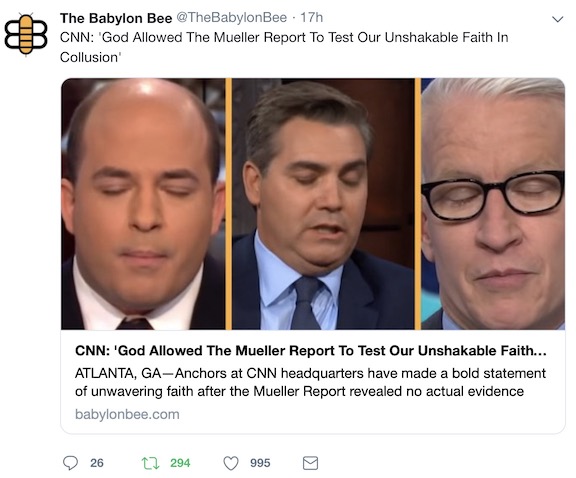 Then it zapped a sizable crowd of Trump supporters. 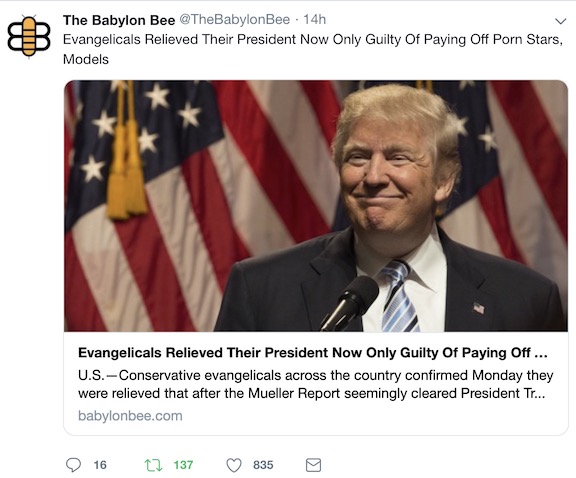 Donald Trump is a flawed individual. While the Mueller Report does find that Trump and the people around him did not engage in the “collusion” with a foreign power during 2016 election (or obstruct an investigation into something that didn’t happen), it also reveals some of the tawdry behavior that went on during the election campaign and its aftermath.

OTOH, imagine that Hillary Clinton had won the election. Would the Democrat’s interactions with Ukraine have been investigated? If so, would she have refrained from exercising executive privilege to conceal any special counsel’s report?

I’ll leave it to the Gentle Reader to puzzle through that exercise in alternate history.