One by one, the Kimberlin-related Internet accounts have been going silent or dark. As of Tuesday evening, none of those sites hosted on U.S.-based servers were accessible.

There are six accessible domains hosted on an offshore server.

breitbartunmasked dot com hasn’t had a new post since December, 2018.

greencasamaryland dot org hasn’t had a new post since September, 2019.

kelsiekimberlin dot com doem’t appear to have had any new material posted since the end of August, 2020.

itstime2020 dot org hasn’t been updated since 27 September, and its companion Twitter account hasn’t retweeted anything since 2 October.

The velvetrevoution domain was recently moved to the offshore server, but the site is empty.

empr dot media had been frequently posting general news stories and posting war reports almost every day for years. On 23 October, it posted a story about a Ukrainian not-for-profit threatening to sue Rudy Giuliani for defamation, and the @EuroMaidanPR Twitter account posted a link to the story as part of pinned tweet. And then both the website and the Twitter account went quiet. Neither has put up anything new since the 23rd. 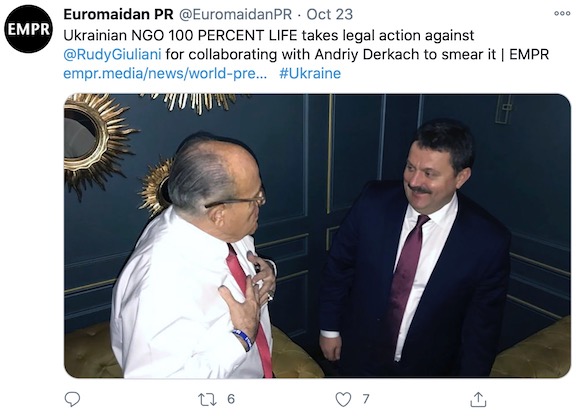 I find it … um … interesting that Brett Kimberlin would be reducing his exposure on the Internet in this way at this time. Or is it being reduce for him?