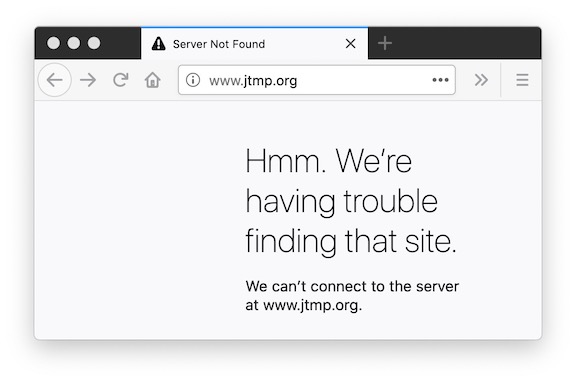 It’s really beginning to look as if Brett Kimberlin has hastily abandoned all of his websites still hosted in the United States. The velvetrevolution dot us domain was moved offshore to the same server hosting empr dot media around the middle September, but the site is empty. Access to the remaining onshore sites was disabled when the domain hosting their name servers were taken down. Given that it’s not that hard to move to a new name server, it looks as if Kimberlin is either distracted by something that is keeping him and his IT guy from maintaining the sites—or he’s tried to move everything back offshore, but that process has been disrupted.

The last day that I can verify that any of the onshore sites were working is 10 October, and a certain story broke in the NY Post on the 14th.

The United States does not have an extradition treaty with Ukraine.