Today is the fifth anniversary of the start of the Kimberlin v. Walker, et al. trial, the first of four LOLsuits the Deadbeat Pro-Se Kimberlin lost against me. My publication of the graphic shown in the TKPOTD from six years ago today was part of the bases for his claim that I had defamed him. 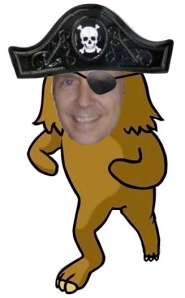 Here’s how Brett Kimberlin described his musical ambitions to his biographer Mark Singer as Kimberlin was being release from prison in 1994 (Citizen K, p. 354).

I’m doing this for the money. I’m doing it for fun and creativity too, but it’s mainly for the money. It’s like vengeance. I can go out there and say things and reach a huge audience, and it’s a kind of revenge on all the people who hate me. Can you imagine if I have a number-one hit and I’m all over the radio—every time [former U. S. Attorney] Jack Thar turns on the radio, there’s Brett Kimberlin? Success is the best revenge. These people who wished me ill, who lied about me, made up these stories, turned me into this monster, will just turn green with envy. Every quote from Thar over the years has been “God! How can you believe this guy!” All this publicity I’ve gotten will now be working for me. My lyrics are very potent, and they’ll touch a lot of people. I see myself as being in the Phil Collins mold more than, say, in the Michael Jackson mold. I can’t be fake that way. I have to be real.

It may be that more and more people are beginning to see a certain similarity to Michael Jackson after all.

TDPK lost that LOLsuit because he presented no evidence (“Not one scintilla,” was the phrase Judge Johnson used.) that any thing I had said or written about him was false.