The Deadbeat Pro-Se Kimberlin started his campaign of lawfare against the First Amendment rights of people who spoke and wrote truthfully about him in a futile attempt at brass knuckles reputation management. Of course, his LOLsuits blew up in his face (Yeah, I typed that on purpose), and his inept litigation became a reliable source of pointage, laughery, and mockification. As the TKPOTD from three years ago shows, one of his consistent failings was making self-contradictory claims in his court filings.

Here’s another example of how The Dread Pro-Se Kimberlin is unable to keep his stories straight. This is a portion of a paragraph in a recent filing he made in the Kimberlin v. Most of the Universe, et al. RICO Retread LOLsuit.

If the Gentle Reader were to type that URL into his browser, he would be taken to this YouTube video. 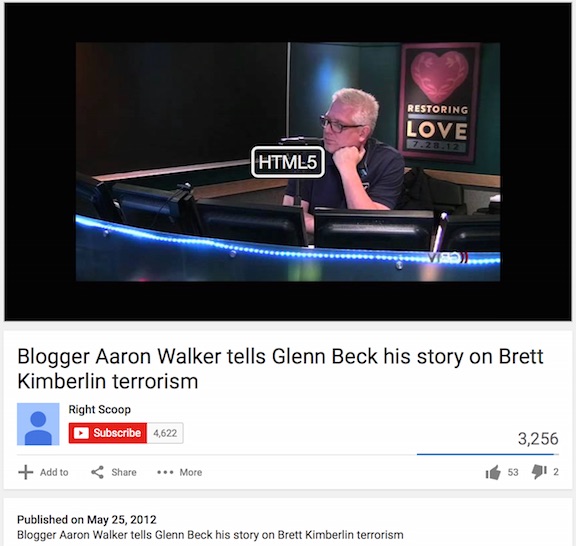 Note the date that the video was published—25 May, 2012, the date of Everyone Blog About Brett Kimberlin Day. That’s the day Aaron Walker was interviewed by Glenn Beck, and Kimberlin states in his filing that Aaron appeared on that program and asserted that Kimberlin had SWATted him.

That was a pretty neat trick on Aaron’s part because he wasn’t SWATted until a month later, on the same day as the Montgomery Circuit Court threw out the unconstitutional gag order that had been imposed by the District Court. TDPK admits this in the complaint he filed to initiate the LOLsuit.

Brett Kimberlin is not only a liar, he’s a very bad one who can’t keep his stories straight. 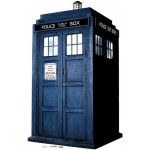 This made up nonsense about Aaron accusing TDPK of SWATting him a month before Aaron was actually SWATted is only the most glaringly obvious false and self-contradictory allegation in TDPK’s filings.There are many more, and they will all come back to bite him. Self-contractidory claims are not entitled to a presumption of truth.

And, no, I haven’t been lending out my time machine.

As so many judges have found, “The Plaintiff has failed …”

Well, TDPK did succeed in one thing with his RICO Retread LOLsuit. He managed to see the court find that his reputation was so bad that there was no way to lower it—that he is defamation proof.