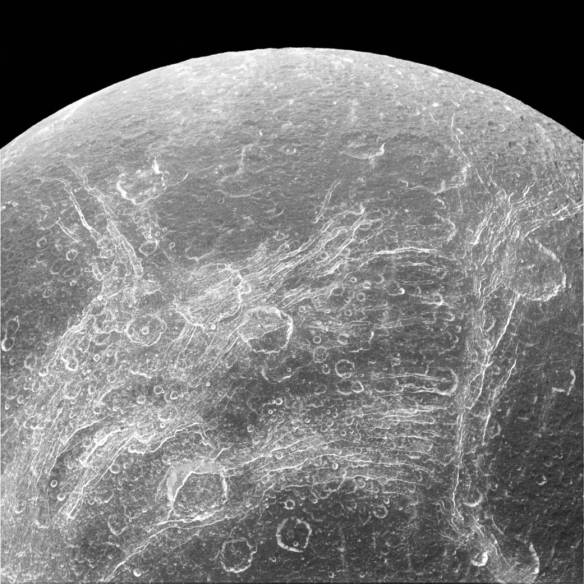 Some parts of the surface of Saturn’s moon Dione are covered by linear features, called chasmata, in dramatic contrast to the round impact craters that cover most moons. The bright network of fractures on Dione was seen in poor resolution Voyager images and was called “wispy terrain.” The actual nature of this terrain was unclear until Cassini photos showed we weren’t seeing something like surface deposits of frost but a pattern of bright icy cliffs among myriad fractures. This stress pattern may be related to Dione’s orbital evolution and the effect of tidal stresses over time.