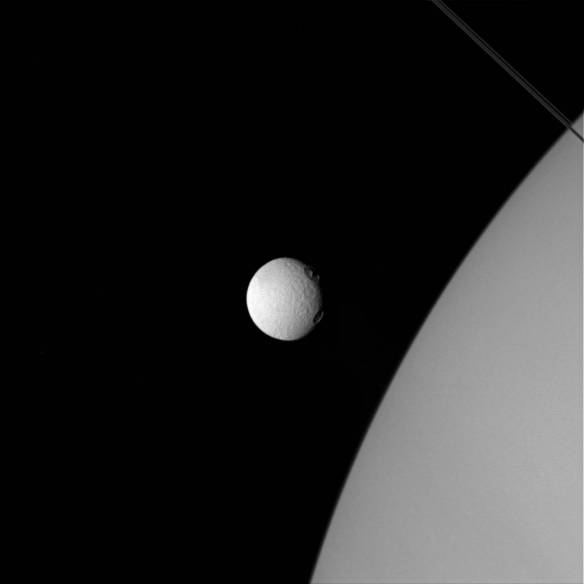 In this picture taken by the Cassini spacecraft last April, the two large craters on Tethys near the line where day fades to night seem to be looking at Saturn. (Click the image to embiggen it.)

The shadowing on the craters caused by being near Tethys’ terminator throws their topography into sharp relief. The larger, southernmost of the two shows a more complex structure. Its central peak is  probably the result of the surface reacting to the violent post-impact excavation of the crater. The northern crater doesn’t have a similar feature. The impact was likely too small to form a central peak, or the composition of the material in the immediate vicinity couldn’t support the formation of a central peak.